The lovely girls over at Retro Sketches are in celebration mode this week as they have published their 100th sketch challenge.  I love playing along with their sketches and this one is extra special as it's such a huge milestone for them.

Speaking of milestones my daughter and most of her friends will be celebrating their 21st birthdays in 2014 so I thought I would use this sketch to begin my collection of 21st cards so they are ready for the parties and events that lay ahead this year, 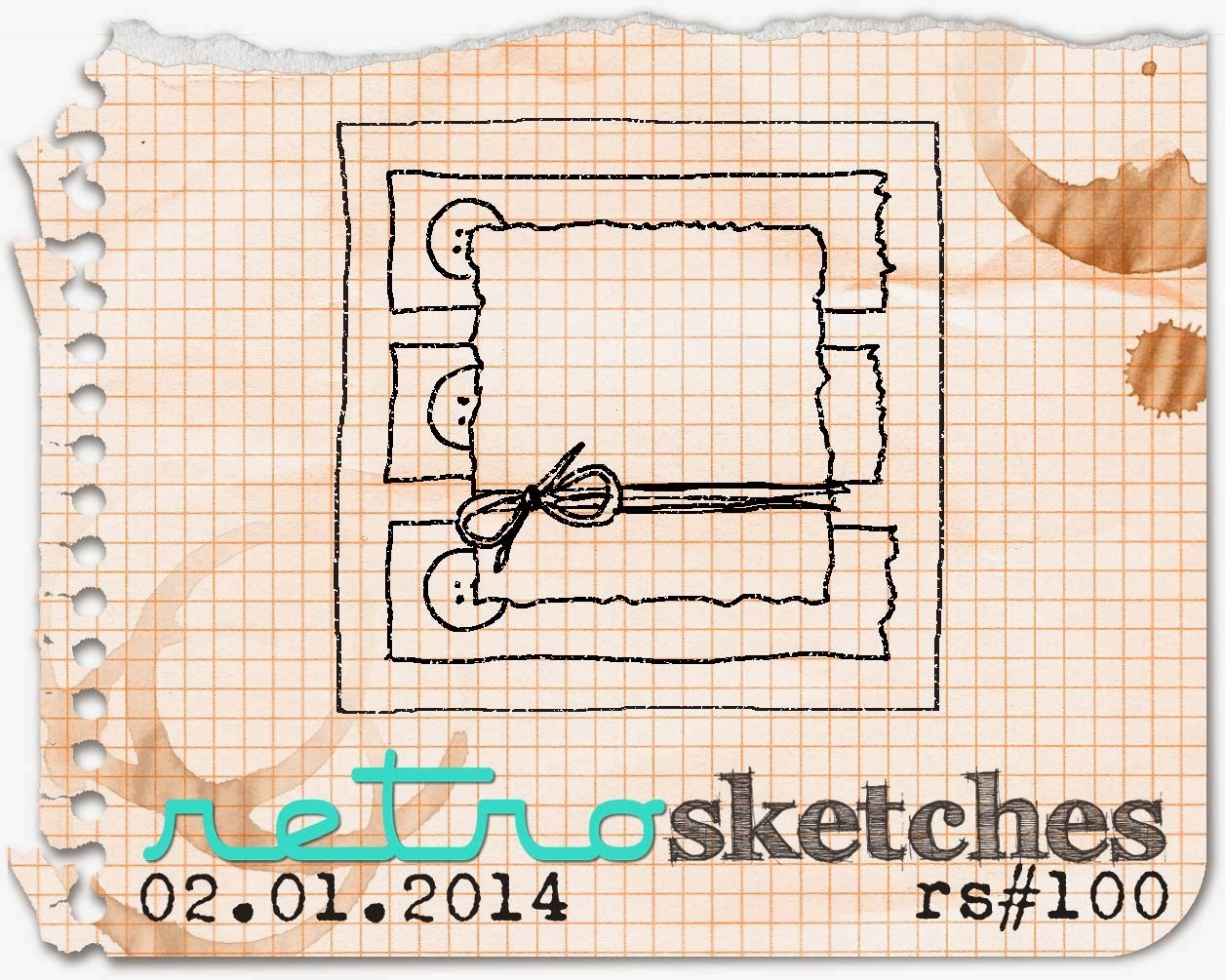 And this is the card I created from the sketch: 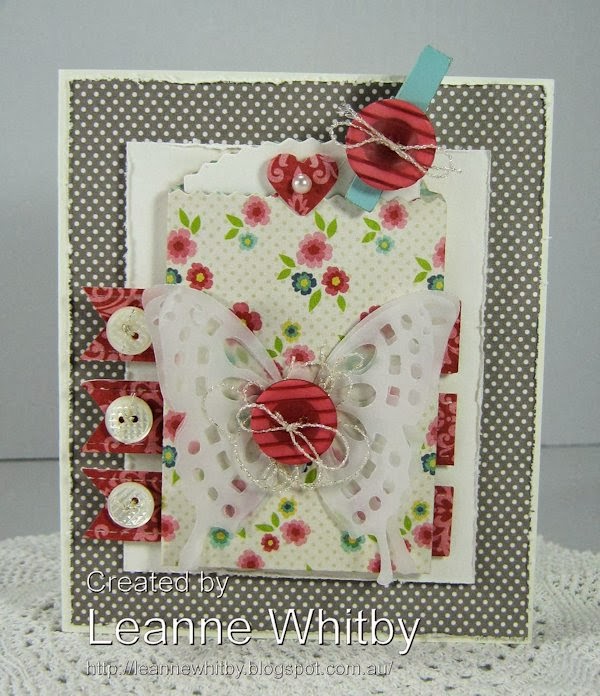 I noticed that one of the guest DT cards had taken the main elements of the sketch but shrunk them so I thought I would do something similar and use the elements to create the central part of the card and then mount it a second time before putting it on the card. 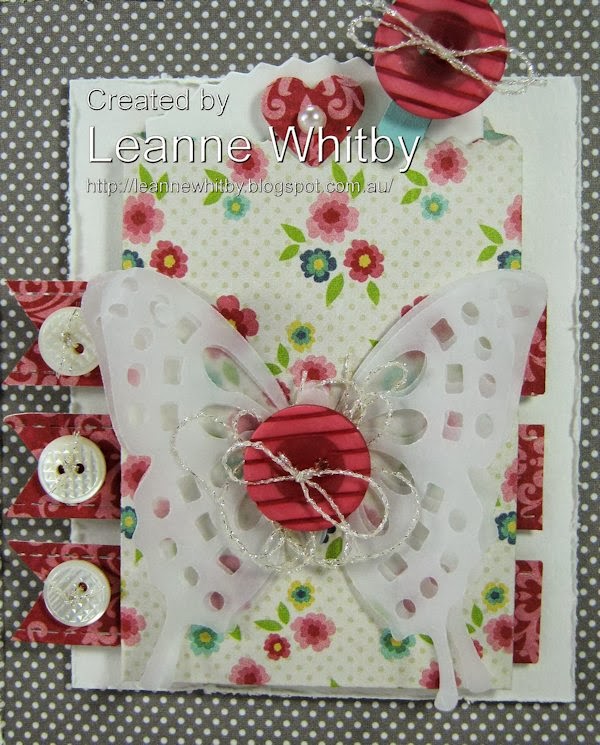 My banner strips are sitting underneath a little pocket created with my new MFT die namics pocket treat die. This was topped off with a velum die cut butterfly once again from MFT die namics.  The butterfly is a Mona Pendleton design and I just love the effect you get creating with vellum.  I cut the base butterfly once and the patterned wing overlay twice.  I have added some of me new Japanese twine firstly by tying the bow through the button then by scrunching some and putting it under the button. 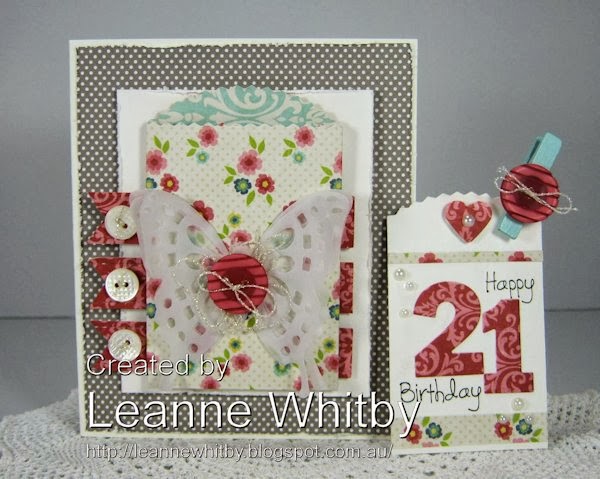 Inside the pocket was the tag I created by cutting the pocket die again and trimming it down. 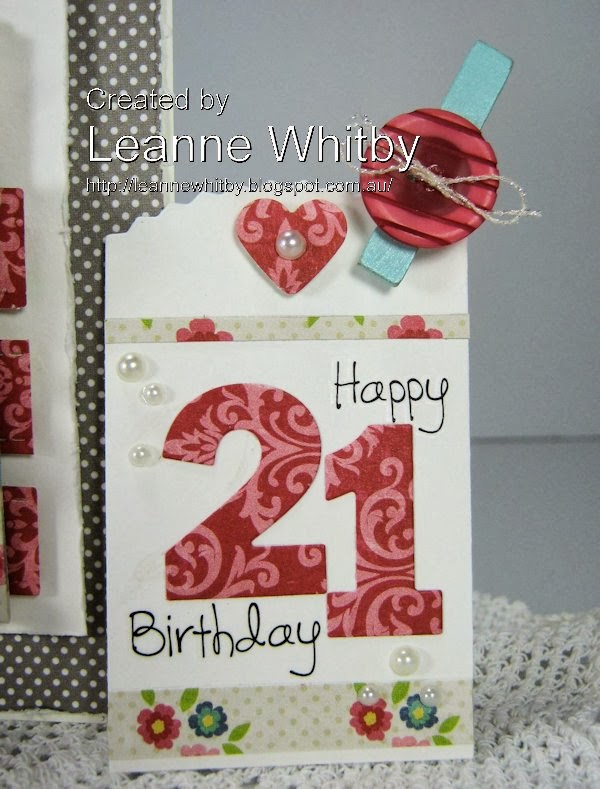 The little tag was finished off with a 21 cut from the MFT by the number die namics die, some pearls, punched heart, paper and a BBP rub on.  The peg was from Typo and the colour just worked so well.
Papers were from Echo Parks Beautiful Life and Simple Stories.
Thanks again for stopping by my blog!
Posted by Leanne Whitby at 5:59 PM

Leanne Whitby
Melbourne, Victoria, Australia
Hi There! I am a crocheter and card maker although crocheting has become my biggest obsession of late. I have been married to my wonderfully supportive husband for over 30 years and am a mother to a gorgeous woman. Both are the biggest supporters of my card making and crochet projects. I have relaunched this blog to share my crafty pursuits. The name pays homage to my parents and comes from a nickname my daughter called them when she was just very little. Please feel free to leave comments - I would love to hear from you. Thank you for dropping by!

Previously taught and worked at:

Products I love to create with: My Favorite Things - love their die-namics! 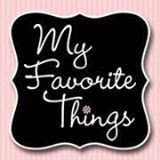 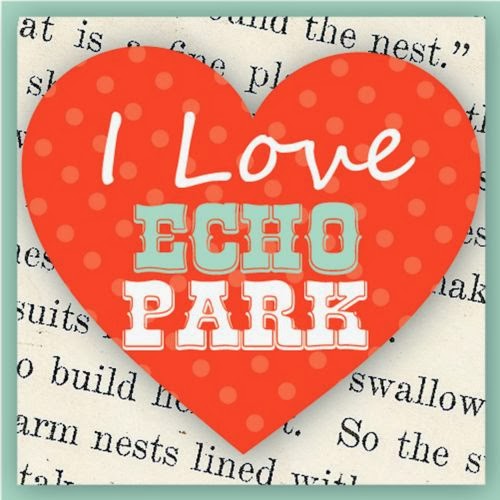